STATUTE OF THE CENTER FOR RESEARCH AND POLICY MAKING – CRPM

In order to accomplish the goals and the aspirations enshrined and stipulated by the Law on Citizen Associations and Foundations, by the Articles of Agreement and by the Statute of this Association, and in order to realize and bring into practice the anticipated plan of activities of this Association, the Center for Research and Policy Making – CRPM has been established.

The Association has the full official name “Center for Research and Policy Making”. The official abbreviation is: “CRPM”.

The headquarters of CRPM is located in Skopje, Cico Popovic st. 6-2/9, 1000 Skopje, Macedonia.

CRPM has been established in order to perform activities for promotion and development of the legal, economic, cultural and other social spheres pertinent to the overall societal development of the Republic of Macedonia. In addition, it will enhance the multi-dimensional cooperation among other countries from the region and internationally. Moreover, CRPM will aim towards drafting and implementing adequate and sound policies in the above – mentioned areas.

The stipulated activities and goals of CRPM are to be performed in accordance with the Constitution of the Republic of Macedonia, with the Statute of CRPM, and the pertinent legal norms.

The Association is an officially registered association (legal entity) in accordance with the Macedonian charity law and this Statute.

The Association has its own stamp and seal.

The activities of the Association are to be pursued under its official registered name: Center for Research and Policy Making – CRPM.

PURPOSE AND OBJECTIVES OF THE ASSOCIATION

General aim of the Association is:

Particular aims of the Association are:

The following activities are to be performed by the Association:

The stipulated purposes and activities of the Organization will be performed through:

CONDITIONS FOR ACQUIRING MEMBERSHIP IN THE ASSOCIATION; RIGHTS AND DUTIES OF THE MEMBERS

Ordinary member of the Association may become any citizen of the Republic of Macedonia, as well as any foreign citizen who would:

The members of the Organization have the following rights and duties:

Applying for membership is done by filling in an application form. Once the application form is submitted, the Executive Board decides if the conditions for membership as set in Article 9 are fulfilled, and decides to admit a new member by a majority vote. The President of the Association keeps a Register of membership, which is being updated once a year.

The membership in the Association shall cease if the conditions set in Article 9 are not fulfilled and in the following cases:

The Executive Board can decide with majority of votes to suspend a member in case when the member serious violates the goals and tasks of the Association. In this situation the Executive Comity can inform the Assembly and propose membership dismissal. The Assembly decides with majority of votes.  The respective member must have the opportunity to answer the accusations.  The respective member can lodge an appeal against the decision to the Supervisory Committee five days from the period when the decision is made. Upon being dismissed of membership the former member cannot claim any rights on the property of the organization.

Representation of the Association

The work of the Association is public.  The publicity is realized through:

ASSETS OF THE ORGANIZATION, PROCEDURES FOR OBTAINING AND USING THEM

At the beginning the main goals and tasks of the Association are to be financed by the initial financial contributions of the founders.

The Association can obtain objects, money and assets.

The Association can collect the funding for its activities from membership fees, contributions, revenues from own assets, credits, gifts, donations, legacies and other resources.

The Association can also obtain proceeds from the profit of the enterprises established from its own recourses for achieving the goals and tasks affirmed within this Statute.

The Association can obtain donations from the Republic of Macedonia Budget, in accordance with the Agenda and this Statute.

The use and disposure of the proceeds gained in accordance with the provisions of Article 15 is conducted in a manner determined by this Statute and the applicable legal norms.

The organs of the Association determine the way of use and disposal of the proceeds in accordance with the competencies stated within this Statute, resume measures for appropriate economic use and elimination of irregularities.

The financial sources and expenditures shall be specified within the Association’s budget.

ORGANS OF THE ASSOCIATION

The Assembly of the Association is consisted of all the members of CRPM.

A regular Assembly takes place at least once a year. All members present at the Assembly have one vote at their disposal which cannot be transferred to other persons.

The invitation for the meeting of the members Assembly is made by the chairperson.

Meeting of the Assembly about the work of the executive board can be organized if a demand is put forward by the Supervisory Committee.

The Assembly elects the members of the executive board, at regular and irregular meetings.

The Assembly can make legally binding decisions if more then one half of the total membership is present.

A single majority voting is used for decision making, except in cases otherwise specified by this Statute.

The Executive Board consists of 3 members: one president and two members.

The Executive Board is responsible and answerable for its work to the Assembly of the Association.

The Assembly is empowered to discharge the Executive Board or any of its individual members.

Proposal for discharging the Executive Board or its member can be submitted by any organ of the Association or at least 2/3 of the members of the Assembly.

The proposal must be submitted in a written form.

The Executive Board holds sessions and meetings if needed.

One half of the members of the Executive Board can submit a proposal for session’s convening.

The manner in which the meetings of the Executive Board are organized and conducted is to be more closely prescribed by the Working Agenda of the Assembly.

The Executive Board carries out its decisions with a public vote with majority votes from the total number of the members.

The Executive Board elects and discharges the Supervisory Committee or some of its members on proposal of the Assembly.

The Supervisory Committee has three members.

The Supervisory Committee controls the work of the organs of the Assembly.

The Association dissolves its work in case of occurrence of any circumstances under the Article 52 of the Law on Citizen’s Associations and Foundations.

Changes and additions of this Statute are made in the same manner as its formation.

The Executive Board have the right to interpretation of this Statute.

This statute enters into force on the day when it has been adopted. 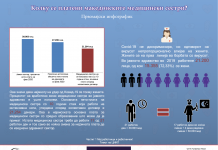 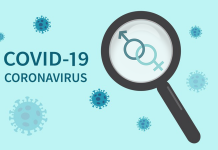