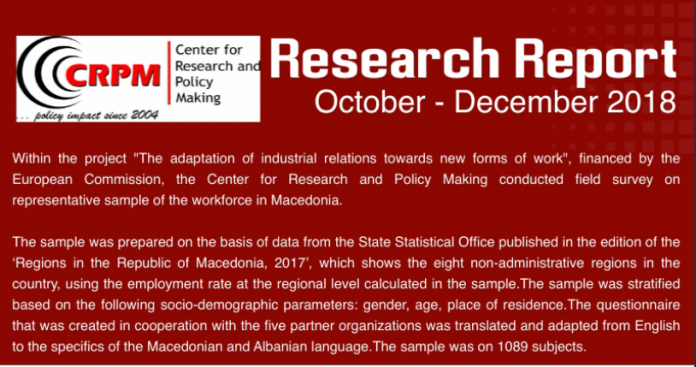 Within the frameworks of the Project, the Centre for Research and Policy Making conducted a field survey of a representative sample of employees in the Republic of Macedonia. The survey was conducted on a sample of 1,089 respondents employed in the public and private sector. The sample was prepared based on data from the State Statistical Office, published in the eighth edition of the “Regions in the Republic of Macedonia 2017”, which shows the eight non-administrative regions in the country, using the established determined employment rate at regional level which was reflected on the sample.

The sample was stratified on the basis of the following socio-demographic parameters: gender (male/female); age (15-29, 30-49, 49-65); and place of residence (town/village/region). The survey was conducted by an experienced team of survey takers of the Centre for Research and Policy Making. The questionnaire was translated from English and was adapted to the specifics of the Macedonian and Albanian language. Check the results from the survey here. 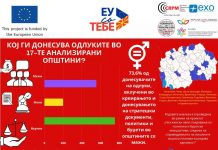 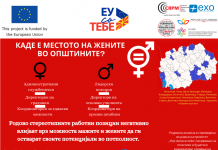