The Centre for Research and Policy Making is building its good governance and budget transparency portfolio taking into consideration how good governance was defined in the report of the United Nations Committee for Development Planning, issued in 1992 and entitled “Poverty Alleviation and Sustainable Development: Goals in Conflict?”:

1. Territorial and ethno-cultural representation, mechanisms for conflict resolution and for peaceful regime change and institutional renewal;

To this end CRPM monitors the implementation of consociational, multicultural and other power-sharing features in the Macedonian political system (see for example: Budget Watchdogs). The team has also developed ethnic diversity management training that is tailored made for policy makers, public sector managers and civil society activists. (see CRPM Training in Decentralization and management of multiethnic societies)

2. Checks on executive power, effective and informed legislatures, clear lines of accountability from political leaders down through the bureaucracy;

A professionally competent, capable and honest public service which operates within an accountable, rule governed framework and in which the principles of merit and the public interest are paramount;

In this area CRPM has developed cooperation with the General Secretariat of the Government of the Republic of Macedonia, Department or Policy Analysis and Coordination that is coordinating the public administration reform in the country (for reference please contact Suzana Nikodijevik Filipovska suzana.nikodijevic@gs.gov.mk). So far the CRPM experts have contributed to the capacity building of the civil service on national and local level in policy development;

and Budget Making or local self government units and interested citizens.

3. An open political system of law which encourages an active and vigilant civil society whose interests are represented within accountable government structures and which ensures that public offices are based on law and consent;

The capacity to undertake sound fiscal planning, expenditure and economic management and system of financial accountability and evaluation of public sector activities;

Studies on the level of transparency at local self-government budget level are produced occasionally in order to depict transparency at sub national level and provide evidence to ongoing policy debates for making the public finance system more open to the citizens;

to contribute to greater activity of citizens in the policy making and budgeting process CRPM has produced a Citizen’s Guide to Budgets that stimulates participatory budgeting;

to elevate accountability in the public sector CRPM, together with other 12 civil society organizations, has established a Budget Watchdog Network that continuously monitors the public spending (the Network’s analyses are published here)

4. An impartial system of law, criminal justice and public order which upholds fundamental civil and political rights, protects personal security and provides a context of consistent, transparent rules for transactions that are necessary to modern economic and social development;

CRPM is the national partner of the Open Budget Index (OBI) that produces an index of the transparency of the budgetary process in 82 countries in the world. OBI outlines benchmarks for the reform of the Macedonian budget process;

5. Attention not only to central government institutions and processes but also to the attributes and capacities of sub-national and local government authorities and to the issues of political devolution and administrative decentralization. CRPM has contributed to the policy debates on the decentralization process that commenced in 2004. Since than we have produced an analysis on the New Law on the Municipality Boundaries (Law On Territorial Organization) and the Failed Referendum of 2004;

Welcome to the Macedonian Budget Project (MBP). The MBP is established in 2004 when CRPM commenced its operations. The project is implemented in five phases:

Phase I: Analysis of the budget transparency on local level

CRPM contributes with budget analysis, monitoring and assessment reports to the reform of the budgetary processes at local and national level. Achieving open and well planned, efficiently executed budget process are the main objectives of our work.

We consider introduction of the program budgeting in Macedonia as an entry point for greater transparency and responsiveness of the Macedonian budget. 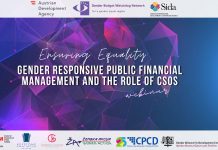 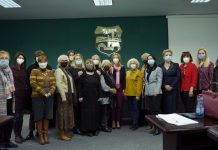 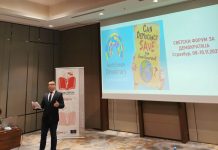 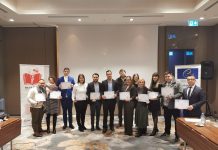