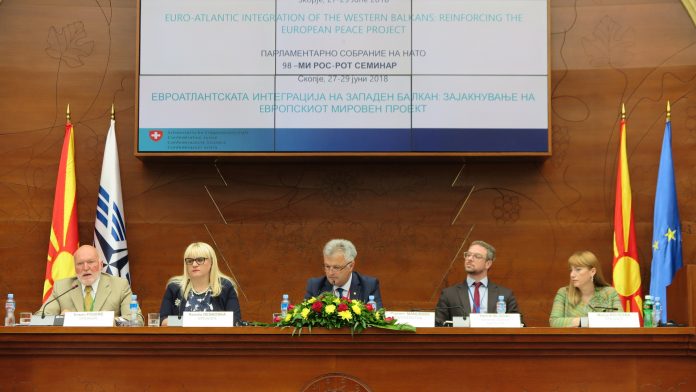 At the NATO Parliamentary Assembly Ron Roth Seminar CRPM executive director Dr. Risteska spoke about Judicial administrative and anti-corruption reforms that pave the way towards EU and NATO accession. Risteska emphasized that besides the regime change Macedonia is still a ‘captured state’ and necessary reforms of independent institutions are lacking. Politicization of the public administration is recurrent without progress in establishing merit system for recruitment and promotion. The public administration reform strategy adopted is not innovative and will not lead towards building membership capacity for EU. Finally the corruption level of the country increased in the last year, evidenced by the Corruption Index on which Macedonia dropped 17 places (the country scored 90 in 2017 whereas 107 in 2018); over 30% of Macedonian citizens have participated in corruption activities and about 70% of them account the corruption to weak administrative control and poor effectiveness of judiciary, said Risteska. 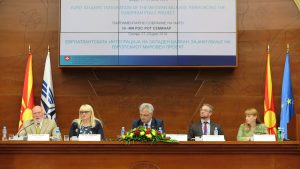 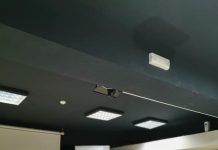 Press Release: TURKEY: SHOW ME THE MAN AND I’LL FIND YOU THE CRIME!

Center for Research and Policy Making - 25/02/2020
0
TURKEY: SHOW ME THE MAN AND I’LL FIND YOU THE CRIME! Strasbourg 25.02.2020: Osman Kavala, a leading Turkish philanthropist and human rights defender, who was...
5,750FansLike
287FollowersFollow
11SubscribersSubscribe