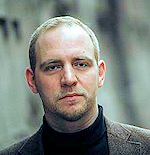 Florian Bieber is a political scientist working on inter-ethnic relations, ethnic conflict and nationalism, focusing on Southeastern Europe. He is a Professor in South East European Studies and director of the Center for South East European Studies at the University of Graz. Previously, he was a Lecturer in East European Politics at the Department of Politics and International Relations of the University of Kent, Canterbury, UK. From January to May 2009, he held the Luigi Einaudi Chair at Cornell University, Ithaca, New York and in Spring 2010, he was a visiting fellow at LSEE – Research on South Eastern Europe at the London School of Economics. He is the editor in chief of Nationalities Papers .

Between 2001 and 2006, he has been working in Belgrade (Serbia) and Sarajevo (Bosnia-Herzegovina) for the European Centre for Minority Issues. Florian Bieber is also a Visiting Professor at the Nationalism Studies Program at Central European University, and has taught at the Regional Masters Program for Democracy and Human Rights, University of Sarajevo and the Interdisciplinary Master in East European Studies, University of Bologna. He has been an International Policy Fellow of the Open Society Institute and taught at the Balkan Studies Program of the IDM. He is the associate editor of Southeastern Europe as well as being on the editorial board of Global Society, Ethnopolitics and Südosteuropa.

His work includes expert advice on minorities and minority rights for the European Commission and the Council of Europe and has provided advice to governments and international organizations on the Balkans. He has extensive training experience in the field of diversity and minority rights.

His research interests include institutional design in multiethnic states, nationalism and ethnic conflict, as well as the political systems of South-eastern Europe. He published articles on institutional design, nationalism and politics in South-eastern Europe in Nationalities Papers, Third World Quarterly, Current History, International Journal of Politics, Culture and Society, International Peacekeeping, Ethnopolitcs and other journals. He is the author of Nationalism in Serbia from the Death of Tito to the Fall of Milošević (Münster: Lit Verlag, 2005, in German) and Post-War Bosnia: Ethnic Structure, Inequality and Governance of the Public Sector (London: Palgrave, 2006) and edited and co-edited four books on South-eastern Europe.